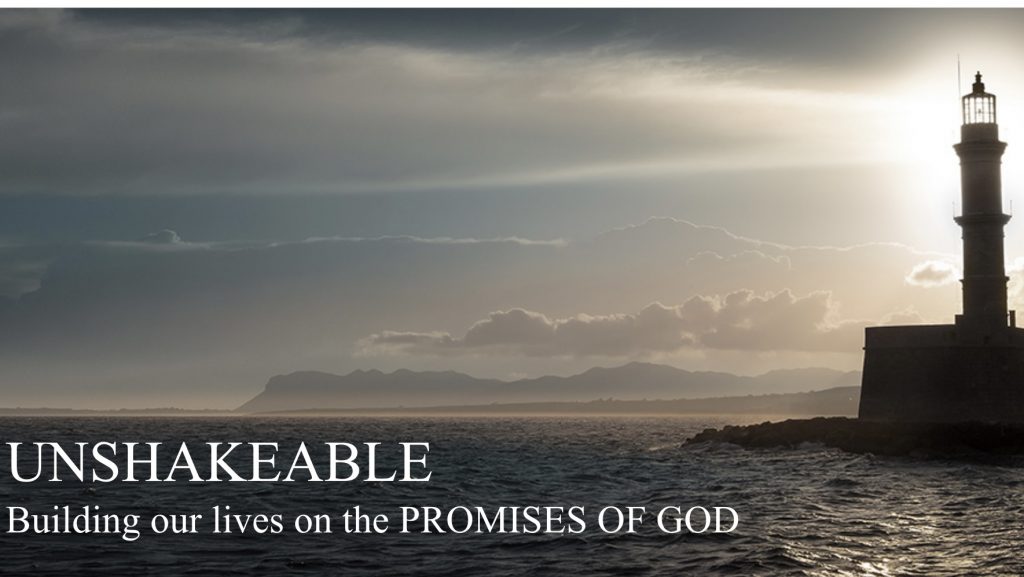 In times of uncertainty like ours, how important to know the assurances and promises of God in the Bible. This sermon series takes its inspiration from Max Lucado’s book Unshakeable Hope. But, of course, it’s the confidence of the original witnesses to God’s faithful promises that lies at the foundation of this sermon series. For example, 2 Peter 1:4 states: “[God] has given us… precious and very great promises, so that through them [we] may escape from the corruption that is in the world because of lust, and may become participants of the divine nature.” In the 1st Century AD Roman Empire, corruption due to selfish desire is well documented as prevalent and destructive, especially impacting the lives of the poor who were mostly slaves to empire. In such times knowledge of God’s great promises helped to shore up faith and motivate humble and generous godly living, even at great cost.

Mike Bird, New Testament scholar at Ridley College in Melbourne, says that many statements in the Bible were written to them (the ancients), but for us today. The Apostle Paul stated this very principle, saying, “whatever was written in former days was written for our instruction, so that by steadfastness and by the encouragement of the scriptures we might have hope” (Romans 15:4).

So then, in this sermon series, we will look to some of the precious and very great promises of God that are intended for people of every generation, especially those who put their trust in Jesus Christ, in whom, the scriptures tell us, every promise of God finds it “yes” (2 Corinthians 1:20).